I was born in Munich/Germany in the (early) 1970s where I lived until finishing high school. From 2005 until the summer of 2018 I lived and worked mostly in Istanbul. Since October 2018 I have been working as a project manger for the Berghof Foundation’s “Regional Peace Support” Program in the Turkey project. Since October 2020 I am also a research fellow with the Athens-based think tank Eliamep, in its newly founded Turkey program, since December 2020 a columnist for DuvarEnglish and since early 2021 I am a membre of the editorial board of the journal Brasilicum. I am based in Berlin. What happened in between Munich and Berlin concerning education and professional experiences, you can find below.

From February 2017 until the September 2018, I worked in Istanbul as a free-lance political analyst, consultant, journalist and lecturer and two months as a producer for Italian RAI TV & Radio.

In October 2017 I finally could defend my PhD thesis, which I wrote on Brazil-Turkey relations at the university of Hamburg between October 2015 and October 2016.

From 2007 to 2013 I worked for the international think tank ESI (European Stability Initiative) and for the German political foundation Heinrich Böll from 2005 to 2007. Before coming to Istanbul, I worked two years in Rome for the communication’s agency Walueurope and in the European Parliament in Brussels.

I started my university education in 1994 at the Free University of Berlin, studying political science at the prestigious Otto-Suhr Institute. After finishing the undergraduate studies, I studied one year at Indiana University and finished my master’s in Berlin in 2000 with a thesis on civil society in Turkey and Egypt. Afterwards I studied the post-graduate Euromasters in Bath, Paris (Sciences Po) and Madrid (Carlos III). During my time in Istanbul, I made a master’s in peace studies at the distance learning University of Hagen (2008).

For a more detailed CV you can also consult my linkedin page, https://www.linkedin.com/in/ekrem-eddy-guzeldere/ 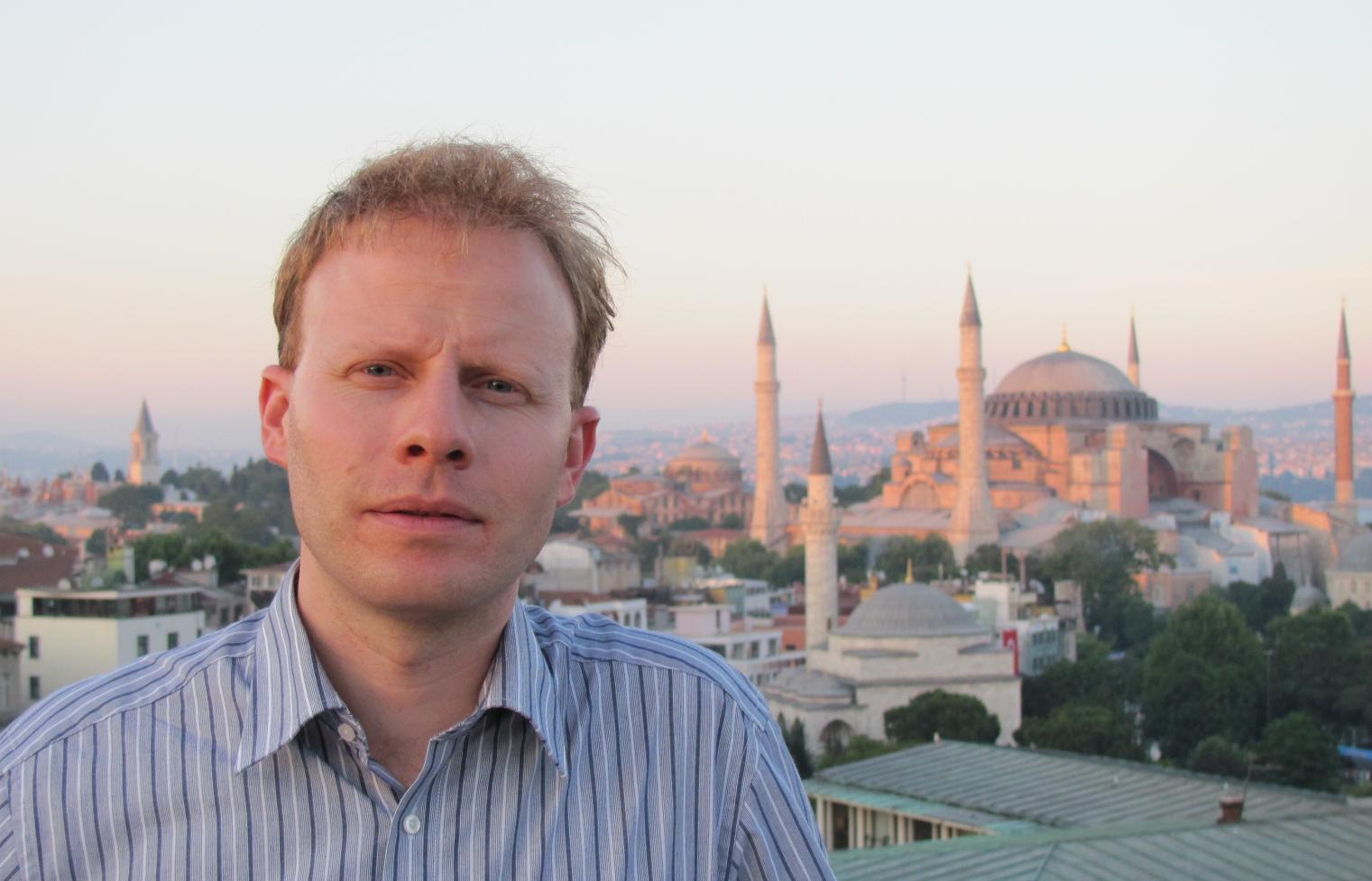 This website was launched first in 2012 and relaunched in February 2018. I collect here examples of my work since the mid-2000s, be it for think tanks, as a journalist or academic.

View from the Hotel in the old harbour in #Wismar,

Interview by @mariano.giustino for Radio Radicale

Tourist in the city where we live. Visiting the Re

Osman Kavala won't participate anymore in the court hearings of his case, because a just trial isn't possible after Erdogan's remarks while traveling back from Africa ...

Brazilian journalist receives threats from circles around the Bolsonaro clan because of a documentary he is preparing on fake news.

Cansu Camlibel @cansucamlibel says farewell to DuvarEnglish, for me journalistic home for 10 months. Without Cansu, only Shakespeare helps: "Where will we meet again, in thunder, lightning or in rain?" Thank you!
... "It was too good to be true" https://www.duvarenglish.com/it-was-too-good-to-be-true-article-59270

"worse than war or occupation is tasting freedom and prosperity and having it yanked away." ...